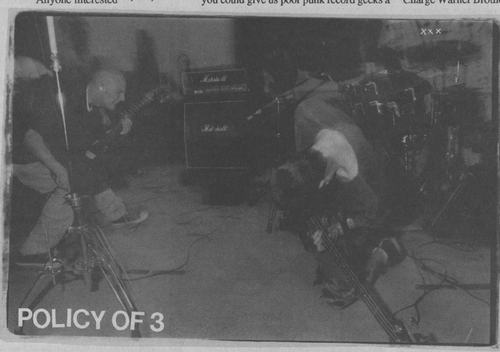 Policy Of 3 were a a four-piece emo/post-hardcore band from New Jersey, that existed from 1989-1995. Despite their tenure being longer than most of their contemporaries, they only had a two year slot (from 1993 to 1995) where they were formally releasing music. Their sound focused on arpeggiated guitars with spoken/sung vocals, much like their fellow Ebullition Records bands, such as Moss Icon and Still Life. Their songs featured the "Angry Son" dynamic, with quieter, melodic parts building up to distorted, octave-heavy climaxes. Especially in their heavier, more punk-oriented parts, they sound more in the vein of Drive Like Jehu than Hoover, but always manage to balance the two, while still sounding like their own distinct band.

In their time, they only released one LP, Dead Dog Summer, in addition to a few 7"'s and appearances on compilations. Their entire discography is collected on 2005's An Anthology, which is below. These guys a great band, and though they didn't get quite as much attention as some of their contemporaries, I'm sure a ton of people will instantly fall in love with them once they hear this. Enjoy. 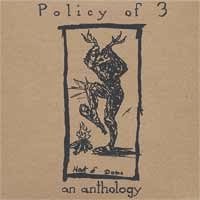