This marks the 200th post here on Sophie's Floorboard, so thank you so much for all the support! I hope you've all found something to enjoy and continue to spread word about on here! Here's a band that I am so happy that gets requested so much, because they are easily one of my favourites. 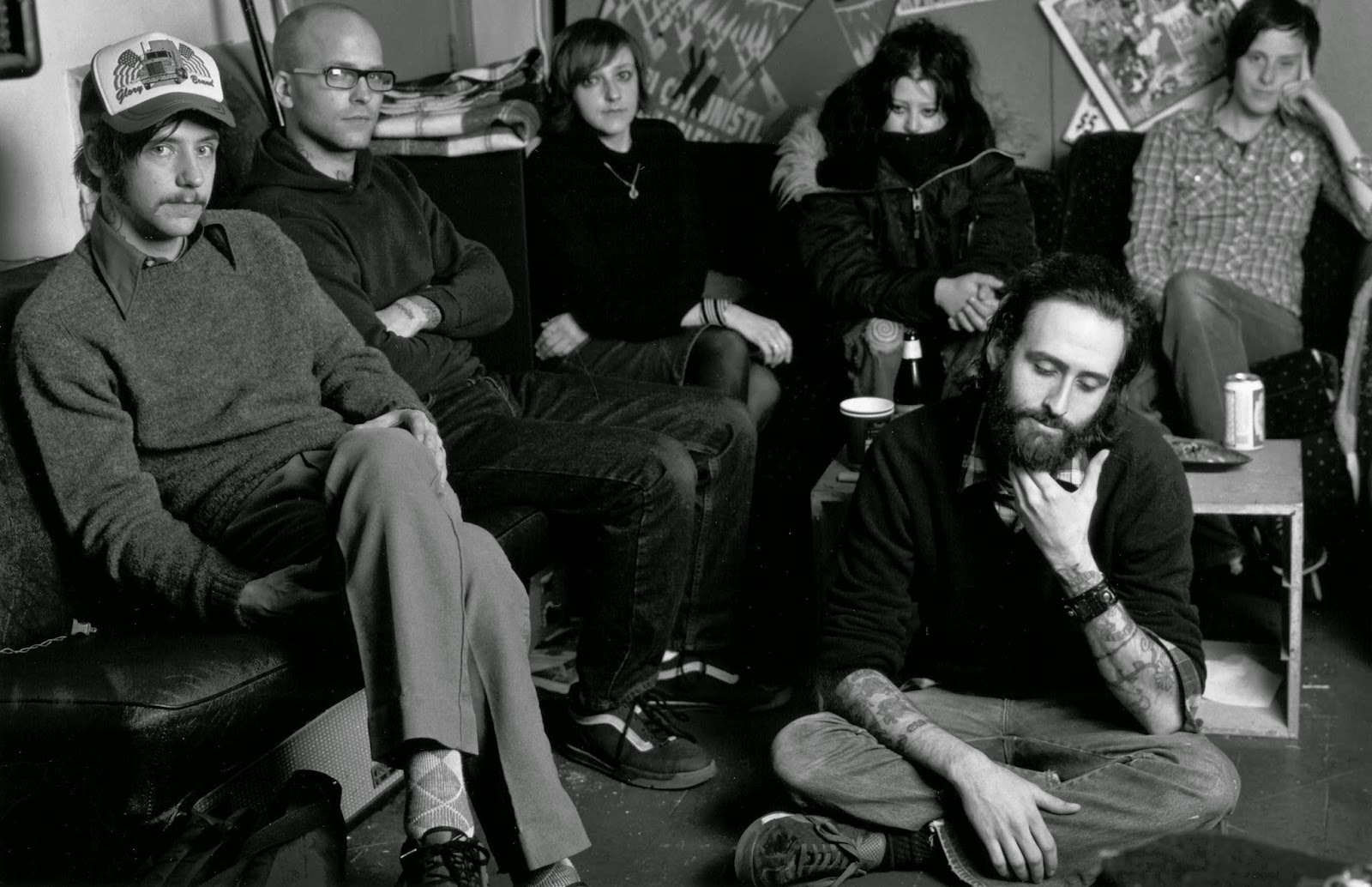 It's winter. All that's in sight is the blurry white of the snow, and the dead branches reaching from the trees like limbs of other lost souls. In the distance, a shadowy cabin emerges, an isolated relic in this wasteland of ice and cold. Stepping inside, there isn't much more warmth, but the stillness does provide a sense of shelter from the torment outdoors. The layers of dust collected on old bookshelves and kitchen counters cover them like grey bed sheets. The floorboards moan and creak, like the sad whispers of Mat Brooke, both missing ones that were once there. The walls echo back with the voice of Jenn Ghetto, the ghostly accompaniment in harmonious tranquility and despair. From the dead winter of the forest, the drawn-out note of a violin, the soft plink of a piano key, the gentle tap of a drum, the intimate strum of a guitar slowly start to grow. And soon your head is in your hands, missing the only thing you've ever loved, now lost.

This is Carissa's Wierd, somber music for those questionably sober. Like the cabin in the woods, the band's history has been somewhat lost. Virtually no information is known about their time as an actual band, except that they were from Seattle, Washington, and existed from 1996-2003. Prior to the band, founding members Mat Brooke, Jenn Ghetto, and Ben Bridwell were all from Tucson, before moving to Olympia, Washington, and eventually ending up in Seattle. In 2010, they reunited to put out a retrospective album of "best of" material, as well as play a single reunion show. In 2011, the band played two reunion shows, as well as a put out a new EP, Tucson. 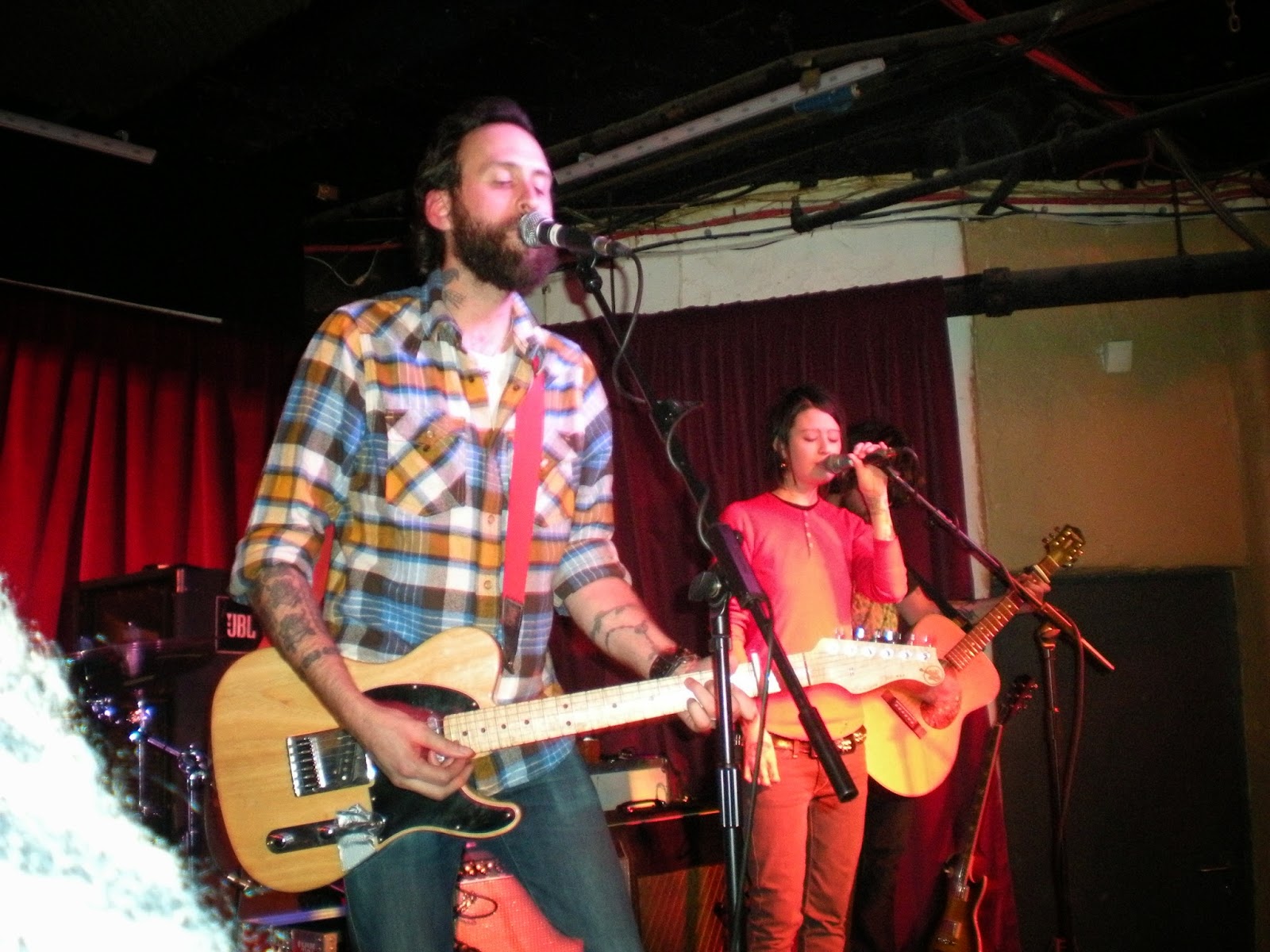 The first Carissa's Wierd album, Ugly But Honest, was put out on Bridwell's label Brown Records in 1999. It featured songs the band had been working on from 1996-1999, most of which are fairly stripped down and lo-fi in their sound. Featuring lots of reverb and distant vocals, as well as the distinctive melancholic guitar arpeggios, it is enough to drown the spirits in sorrow alone. Production value increased on their next release, You Should Be At Home Here in 2001, also on Brown Records. The songs become more expansive, with more length and exploration as the band become tighter as a group. This is an absolutely amazing with some stunning standout songs ("All Apologies And Smiles, Yours Truly, Ugly Valentine", The Color That Your Eyes Changed With The Color Of Your Hair", "Brooke Daniels' Tiny Broken Finger", "The Part About The Vine Thats Growing Through The Window And Reaching Towards My Bed"). The follow-up to this was their seminal album Songs About Leaving. This is easily one of my favourite albums ever, their most highly regarded, and overall the soundtrack to sadness. Each song is dripping with mourning and loss, and they weigh heavy on the listener, curled up in the fetal position. The production work is astounding, featuring the array of instrumentation seamlessly blending together, the harmonies are top-notch here, and the production work is an even bigger step up, since they worked with with Sad Robot Records (Bridwell temporarily shut down Brown Records). Unfortunately, this was also their swan song, since they broke up a little while after. The next release of theirs, Scrap Book, featured rare and unreleased songs from the band, some alternative versions of songs, and a handful covers by some very noteworthy names (The Smiths, Joy Division, John Frusciante, Leonard Cohen). 2004's I Before E featured three songs never released before (also some of their best), which were "Phantom Fireworks", "Die", and "Blue Champagne Glass". The remainder of the album is a live recording from their last show, which features songs from all three of their albums. For many years, the band was inactive. 2010 brought the compilation They'll Only Miss You When You Leave: Songs 1996-2003, which is a great introduction to them and contains some of their best work. They put it out on Hardly Art, a subsidiary label of Sub Pop. Their reunion in 2011 brought the two-track EP Tucson, which was newly recorded material. 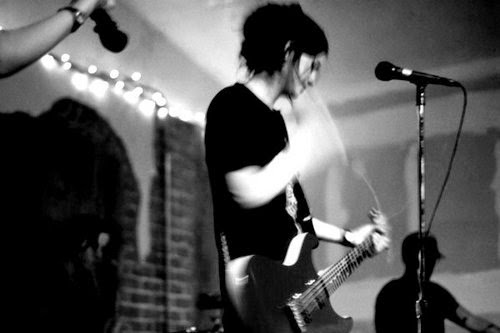 Besides the beautiful music this band crafted that has too often gone overlooked, they are best known for their line-up of musicians who would go on to work on many notable projects. Their first drummer, who also joined them for their reunion shows, Robin Peringer, was a a touring guitarist with Modest Mouse for a while. Singer/guitarist Jenn Ghetto has been active with her solo project S both during and after Carissa's Wierd. I highly suggest checking out S, their sound is very similar to Carissa's Wierd. Singer/guitarist Mat Brooke has also been active in his own band, Grand Archives. Drummer Sera Cahoone has put out a few solo records with Sub Pop and collaborated with numerous musicians.The most notable project formed post-Carissa's Wierd was none other than the brilliant Band of Horses, who achieved a level of commercial success Carissa's Wierd never came close to. Band of Horses is the brainchild of Ben Bridwell, who was more or less a background figure in Carissa's Wierd, oddly enough. He began on drums and switched to bass in Carissa's Wierd, but took guitar, vocal, and songwriting duties on in Band Of Horses. On their first album, Everything All The Time, both Mat Brooke and Sera Cahoone are both members of the band, with Bridwell fronting them this time. Robin Peringer also worked with Band Of Horses on occasion later in their career.

So, please appreciate one of the most overlooked and underrated bands in indie rock history. This band means a lot to me, and I'm sure they do to a lot of people who they've reached with their music. Very few bands actually have the power to impact the lives of people, and Carissa's Wierd are definitely one of them. Their entire career was so consistent with awe-inspiring output (if recorded depression can be considered awe-inspiring). So I really encourage checking this band out, and if you head over to the Hardly Art website, you can get a really good deal on all their records, which I definitely suggest you look into. Enjoy. 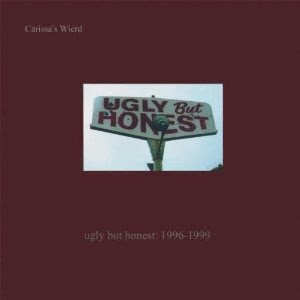 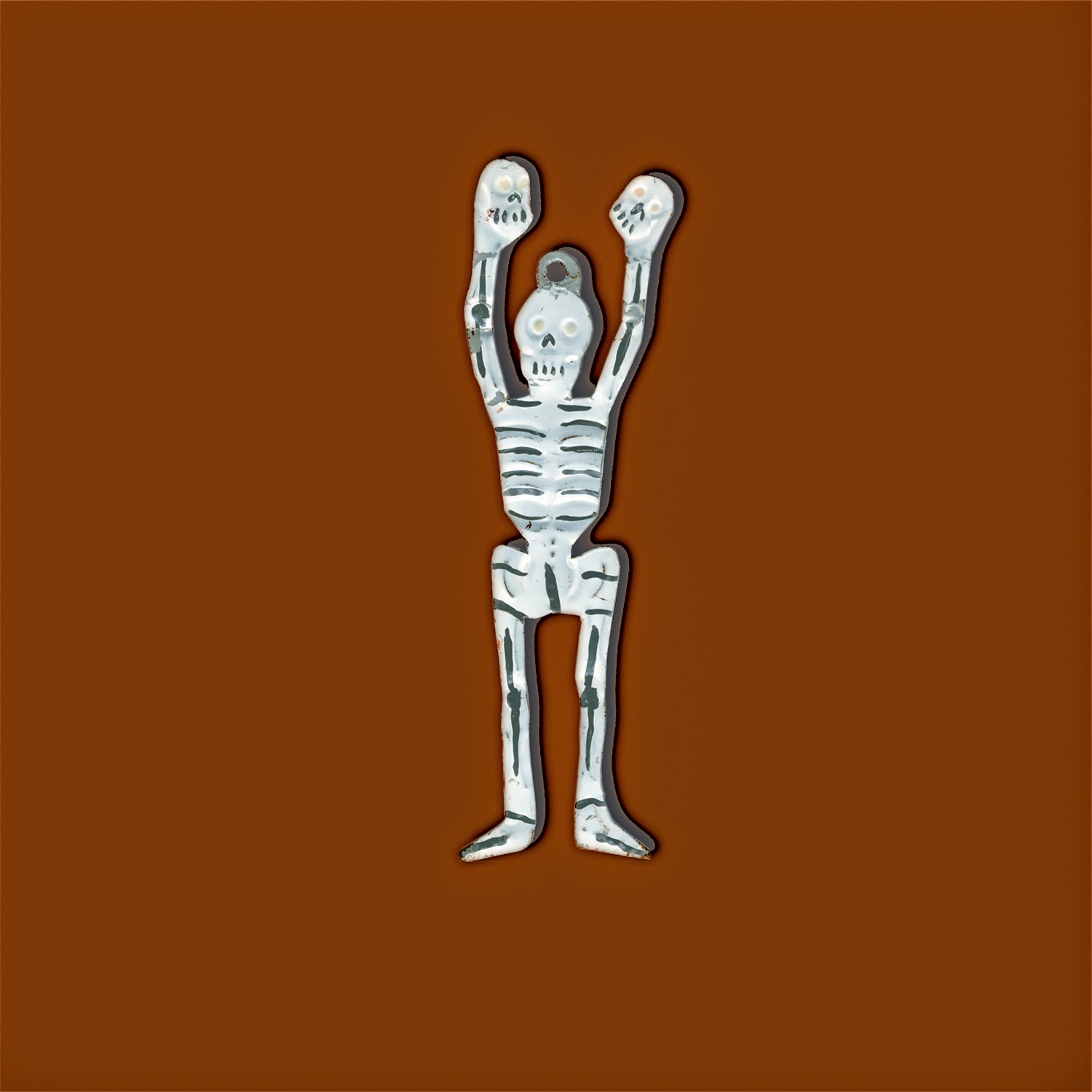 You Should Be At Home Here (2001)
1. Brooke Daniels' Tiny Broken Finger
2. The Color That Your Eyes Changed With The Color Of Your Hair
3. Halfway Spoken Heart That Feels Comfort In Everything Until It Disappears And Then Its Gone
4. A Loose Hair Falls Into A Glass Of Water Without Ice
5. Fear Not My Friend For Tonight We Ride
6. Blessed Arms That Hold You Tight, Freezing Cold And Alone
7. All Apologies And Smiles, Yours Truly, Ugly Valentine
8. The Ghost Of A Dead Hummingbird Flying Around The Room
9. The Part About The Vine Thats Growing Through The Window And Reaching Towards My Bed
10. You Should Be At Home Here 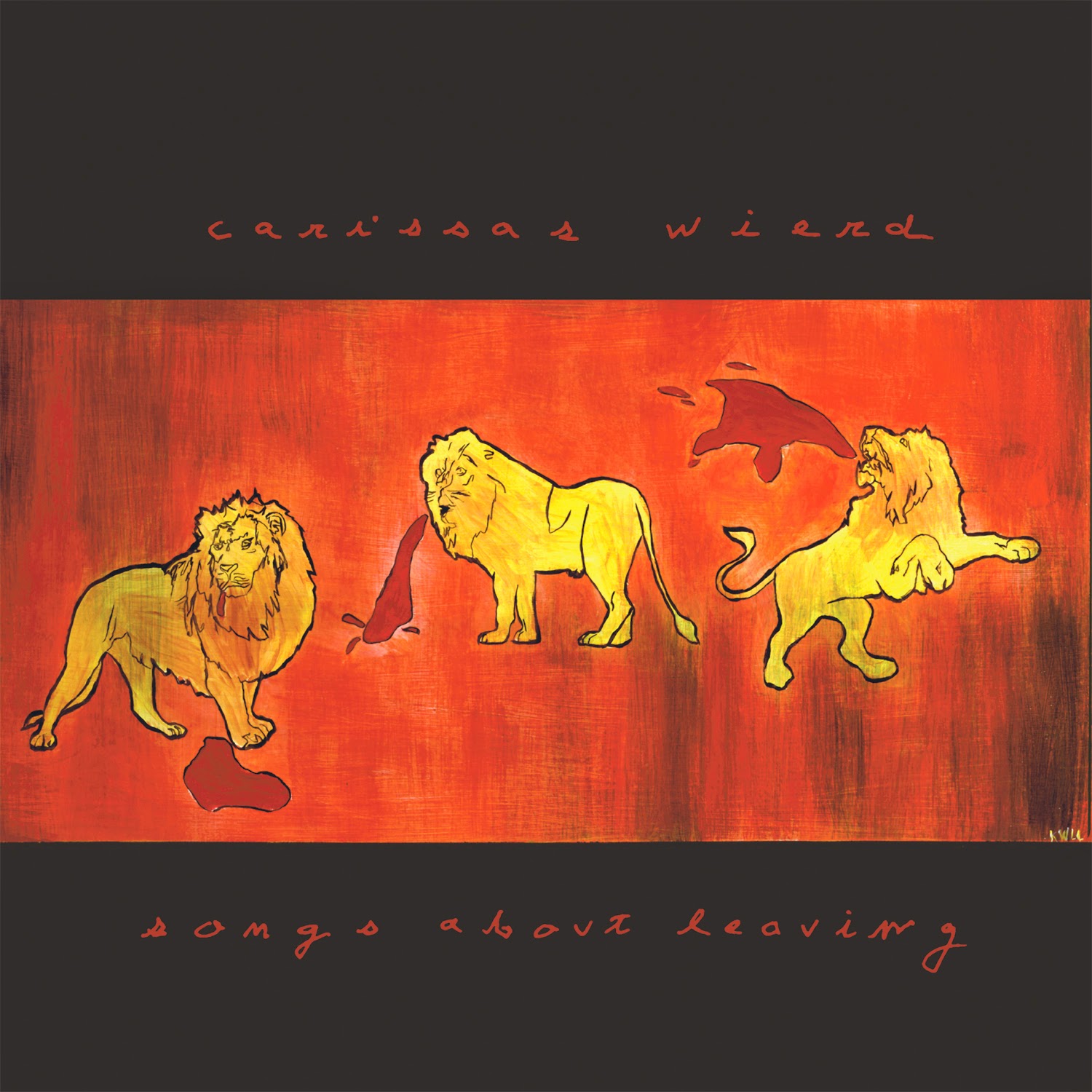 Songs About Leaving (2002)
1. You Should Be Hated Here
2. Silently Leaving the Room
3. So You Wanna Be A Superhero
4. September Come Take This Heart Away
5. Ignorant Piece Of Shit
6. The Piano Song
7. They'll Only Miss You When You Leave
8. A New Holiday (November 16th)
9. Farewell to All These Rotten Teeth
10. Sofisticated Fuck Princess Please Leave Me Alone
11. Low Budget Slow Motion Soundtrack Song For The Leaving Scene
12. (March 19th 1983) It Was Probably Green 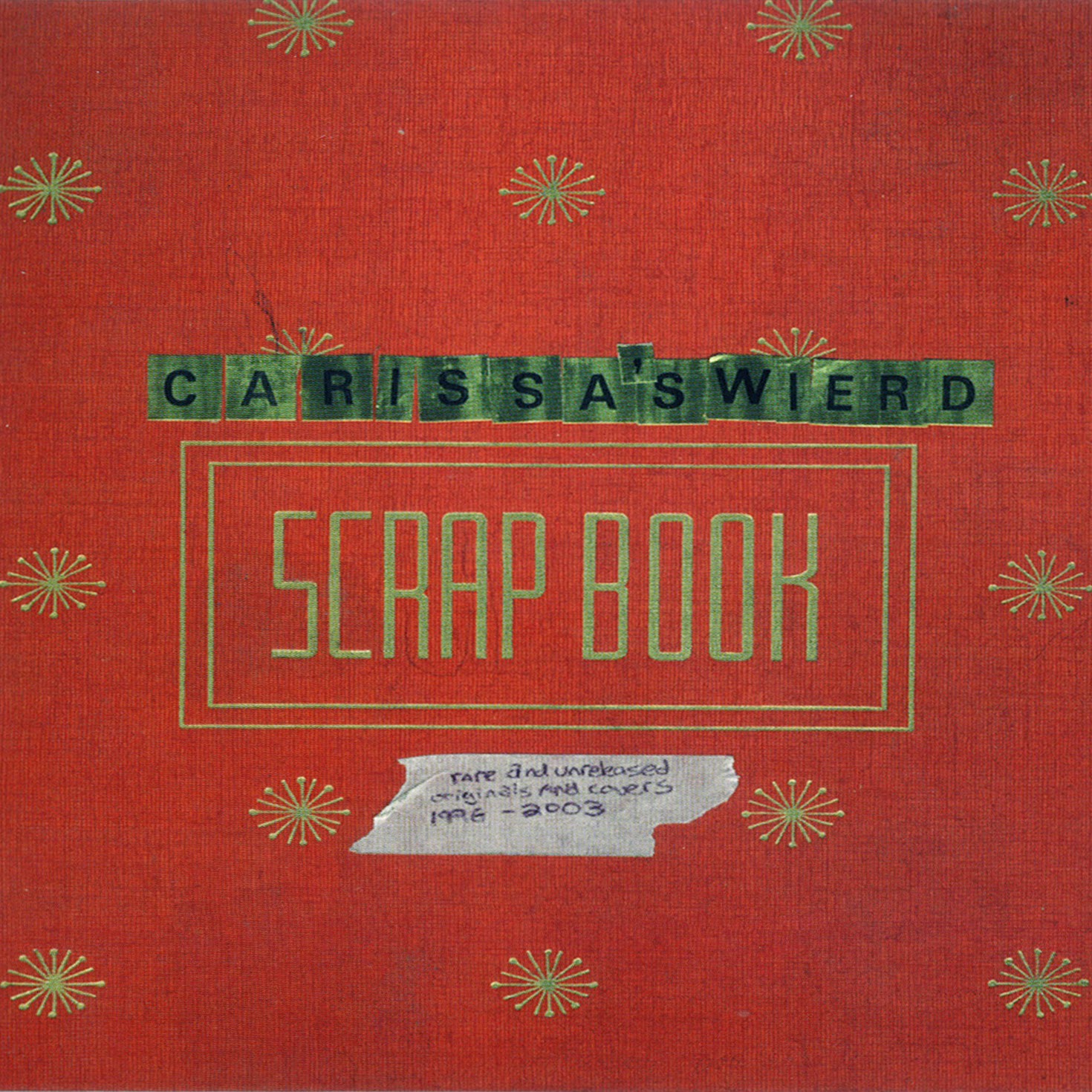 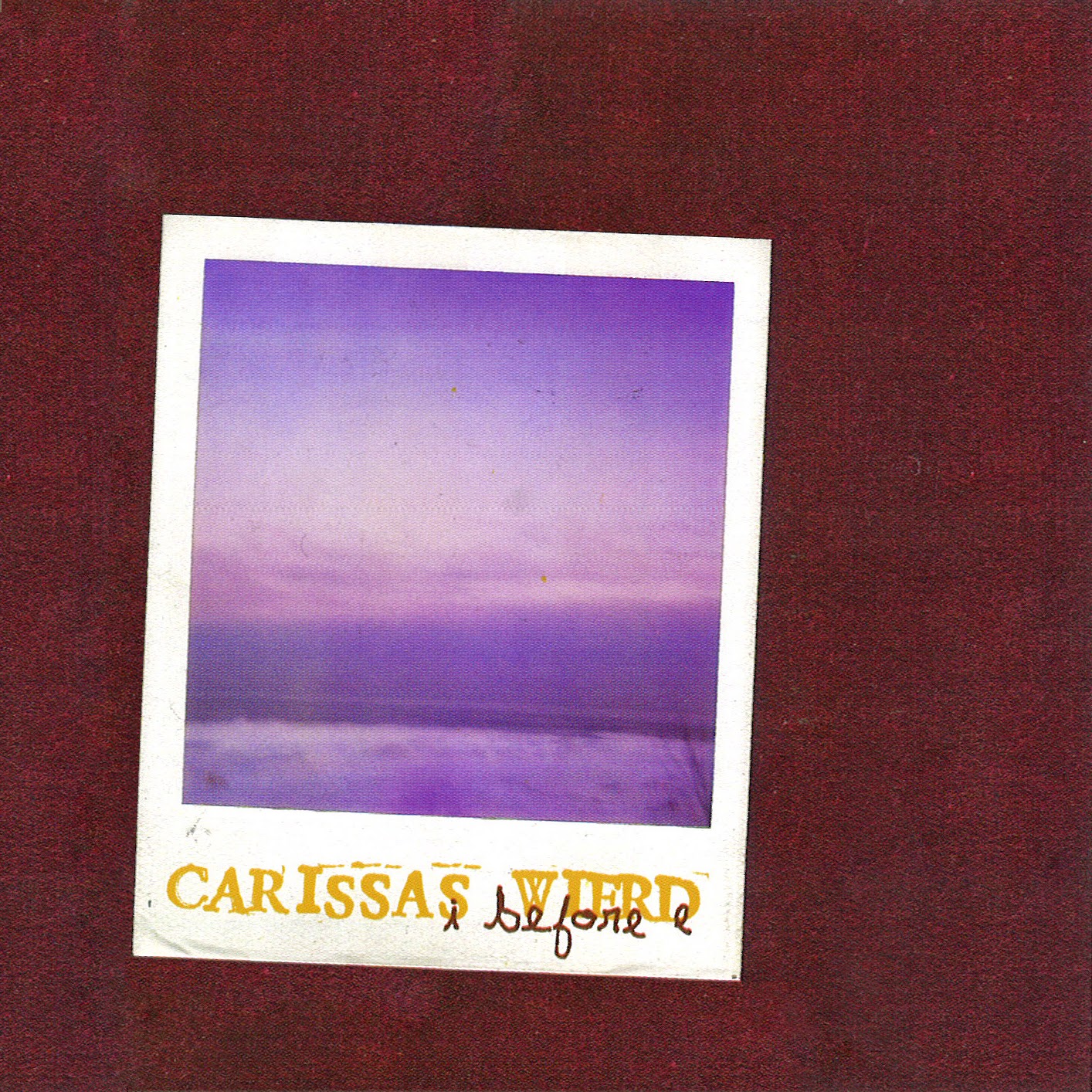 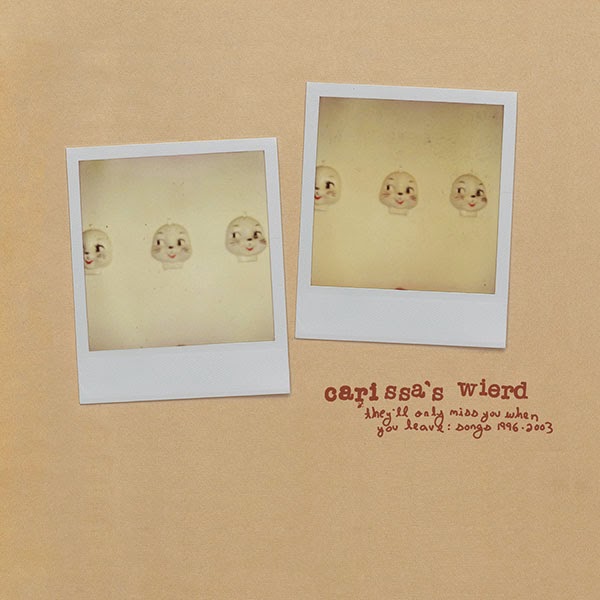 They'll Only Miss You When You Leave: Songs 1996-2003 (2010)
1. Low Budget Slow Motion Soundtrack Song for the Leaving Scene
2. Die
3. The Color That Your Eyes Changed With the Color of Your Hair
4. One Night Stand
5. You Should Be Hated Here
6. Drunk With the Only Saints I Know
7. Phantom Fireworks
8. So You Wanna Be a Superhero
9. Brooke Daniels' Tiny Broken Fingers
10. Ignorant Piece of Shit
11. Blessed Arms That Hold You Tight, Freezing Cold and Alone
12. Blue Champagne Glass
13. September Come Take This Heart Away
14. All Apologies and Smiles, Yours Truely, Ugly Valentine
15. Sympathy Bush
16. They'll Only Miss You When You Leave
17. Sharin' a Hole (Bonus Track) 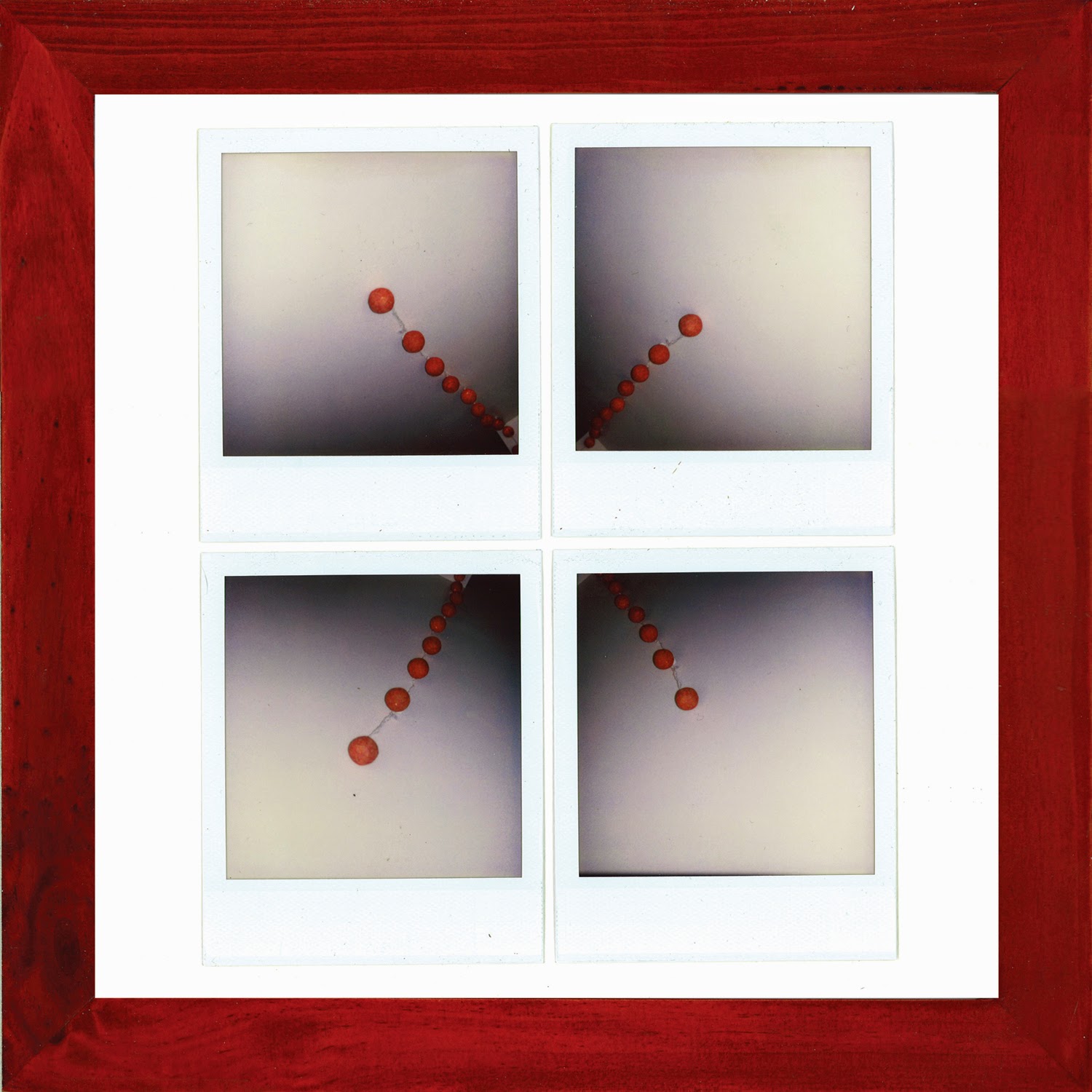