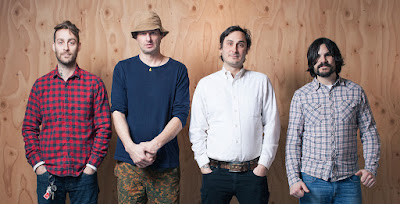 Well, I just realized this band was not on here before, so I figured I'd add them quickly. Seeing as they are an essential for this blog, since they come from the Kinsella/Cap'n Jazz family, they certainly need a place on here. Owls are a four-piece emo/indie/math rock band from Chicago/Champaign, Illinois that formed in 2001 and dissolved in 2002. The band consists of all the original members of Cap'n Jazz (except Davey von Bohlen, best known as the frontman of The Promise Ring, who joined Cap'n Jazz later in their career).

Owls formed a few years after Cap'n Jazz had ended, so they aren't many similarities besides their members. They have much more in common with the projects formed after, such as Joan Of Arc, American Football, Ghosts And Vodka, etc. which were far more experimental than the raw energy of Cap'n Jazz. Owls especially have a very math rock-y sound, with odd time signatures and drum patterns, as well as bright, technically-proficient guitars, topped off by Tim Kinsella's half-spoken half-sung voice. They released only one album during their original tenure, but reunited in 2012 and released a second album, Two, in 2014. This new album sounds like their original follow-up that never happened, which is really cool to hear knowing there was more than a 10-year gap between albums. Anyway, both albums definitely warrant a listen for anyone interested in math-y emo, or just a general interest in what these handful of amazing musicians always have to offer. Enjoy. 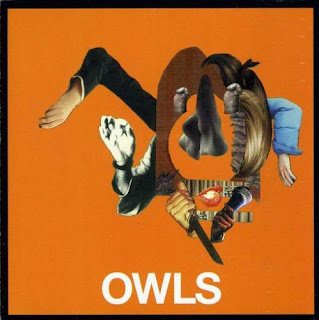 Owls (2001)
1. What Whorse You Wrote Id On
2. Anyone Can Have A Good Time
3. I Want The Quiet Moments Of A Party Girl
4. Everyone Is My Friend
5. I Want The Blindingly Cute To Confide In Me
6. For Nate's Brother Whose Name I Never Knew Or Can't Remember
7. Life In The Hair Salon-Themed Bar On The Island
8. Holy Fucking Ghost 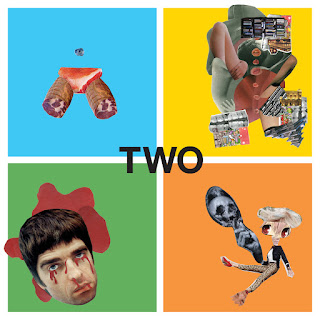 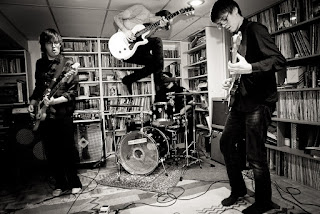 These go to 11. You want loud, distorted guitars? Fuzzed-out bass? Don't-give-a-fuck-hungover-in-yesterday's-clothes attitude? As cliche as it is to describe something as "rock-n-roll", PUP come pretty damn close. They're a four-piece punk band from Toronto, Ontario that began around 2010 under the name Topanga. After two 7"'s (neither which I have but am dying to find), they became PUP in 2013 and released their self-titled which we all know and love in 2014. If you're looking for an album to blow your speakers to, this is it. The songs are filled with an insane amount of energy most bands can't capture on a record, and are topped by the fact that they're also incredibly catchy. Through reckless, strained vocals they craft some amazing songs, and are backed by this wall of sound featuring booming rhythms and some crazy riffs. So here's their self-titled debut, and if anyone has anything else by them, please do send them to me! Enjoy. 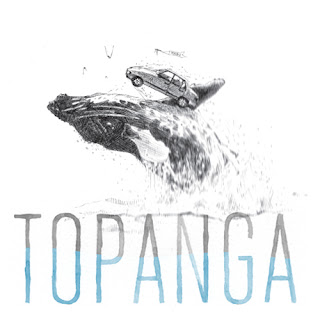 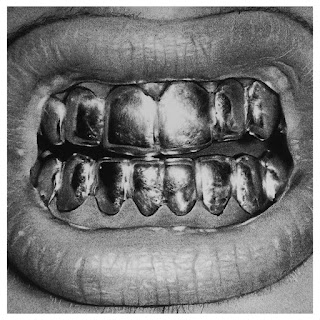 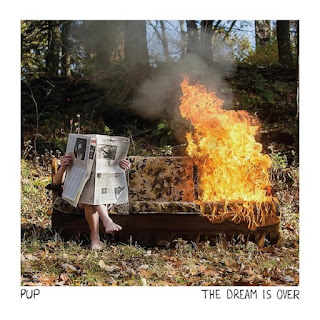 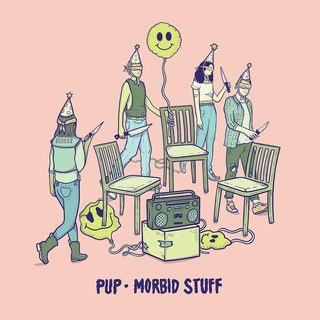 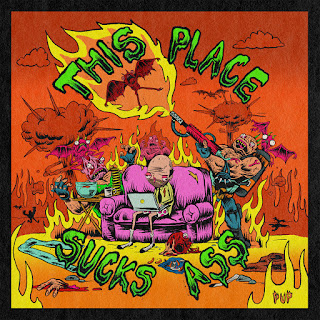 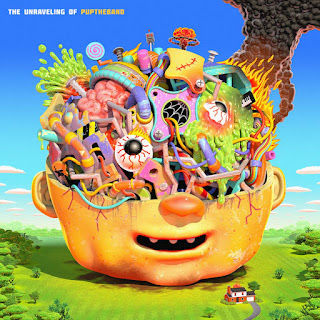 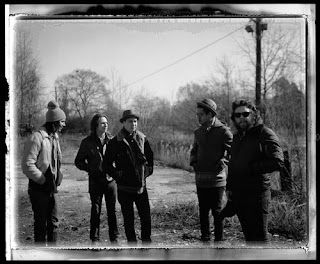 Manchester Orchestra are a five-piece indie/alternative rock band from Atlanta, Georgia that formed in 2004. With their members fresh out of high school, they put out a few EP's, and planned their debut Nobody Sings Anymore, though the project would never ever be officially released, only circulated around the internet years later. A year later came their official debut, I'm Like A Virgin Losing A Child. This has to be one of my personal favourite albums, and definitely my favourite of theirs. It introduces the world to Andy Hull's crafty songwriting, as well as his distinct voice which can range anywhere from whispered shivers to all-out yells. Whether they're clanging away on clean and distorted guitars, fingerpicking thin acoustic strings, or even throwing in some organ), Manchester Orchestra find a way to hit home. Their subsequent albums continue their expansiveness, with them delivering some solid, catchy singles, as well as gradually getting heavier in sound (with songs like "Pride" and "Virgin"). This heavy side of them finally resulted in 2014's Cope, which is by far the band's most disortion-laden, dark, and aggressive album, though the same solid songwriting still shines through. As a counterpart to this new heavy sound, they released Hope, which is an acoustic rendition of the entirety of Cope.

I don't really feel the need to ramble too much about this band, since they really need no explanation as to why someone should listen to them, and since they are very well-known. However, for those of you kind of new to them, I am more than happy to provide you with their discography, since it is definitely one worth exploring. You want to hear Brand New meets Band Of Horses? Of course you do. If you want more, their vocalist Andy Hull is part a project called Bad Books with Kevin Devine that are worth your time, and he's also got a solo project called Right Away, Great Captain! which is also worth a listen. Anyway, here's what I have by Manchester Orchestra, though if anyone has any additions, please feel free to send them to me to include here. Enjoy. 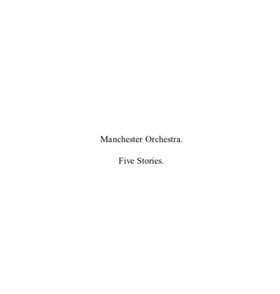 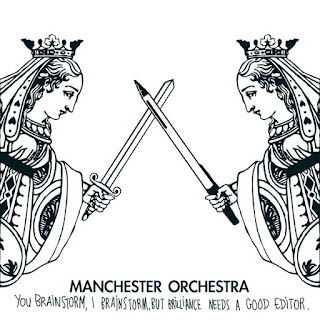 You Brainstorm, I Brainstorm, But Brilliance Needs A Good Editor (2005)
1. The Procession
2. Alice And Interiors
3. Slow To Learn
4. I'd Rather Have
5. Play It Again, Sam! You Don't Have Any Feathers 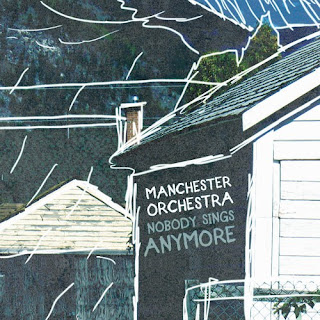 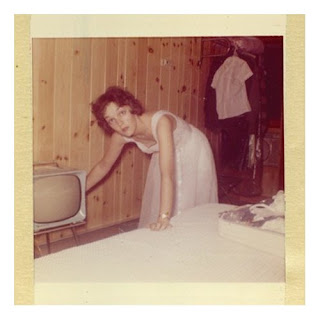 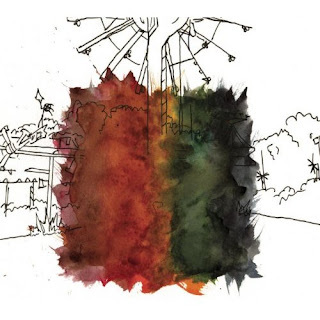 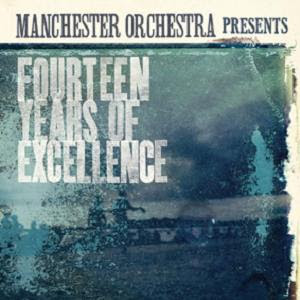 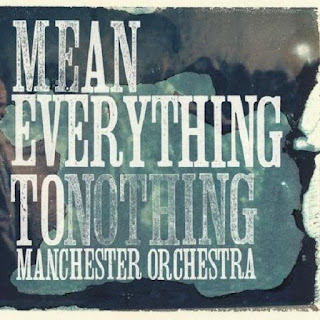 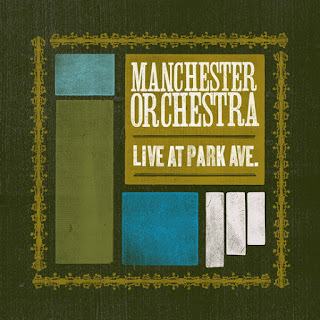 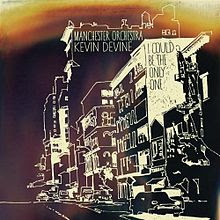 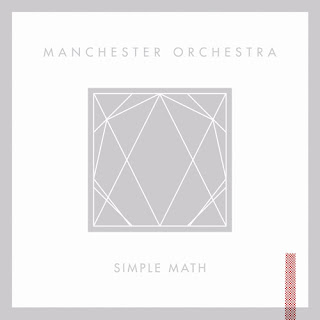 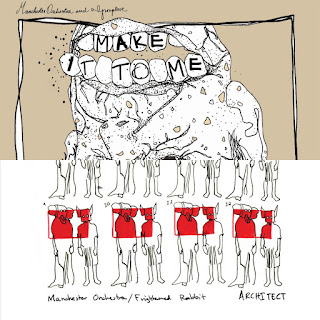 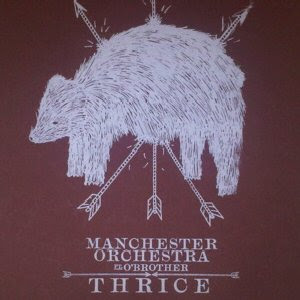 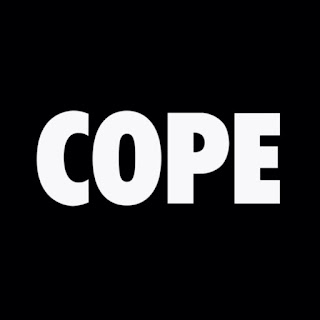 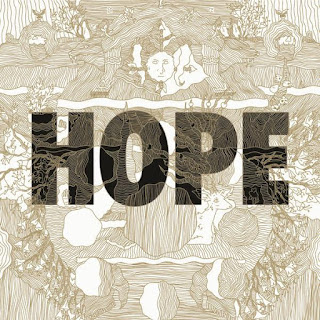 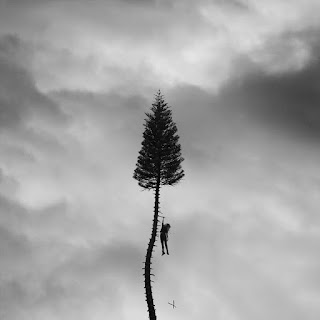 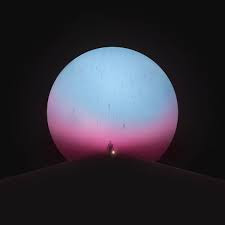