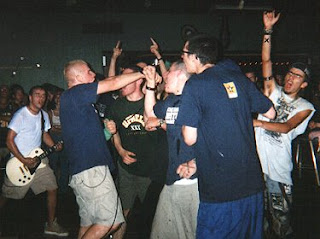 Ten Yard Fight were a five-piece hardcore band from Boston, Massachusetts that formed in 1995 and broke up in 1999. Along with other Boston bands such as In My Eyes, they were a major factor in the revitalization of youth crew and straight edge in their era. Additionally, Ten Yard Fight were known for their football influence (the American kind, sport not band). They would occasionally play shows decked out in football gear, and some lyrics touched upon the sport. For the most part though, what they are remembered for is their passion and energy, which exploded in a relatively short of span, and across a handful of solid releases. 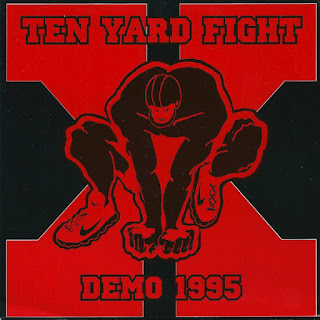 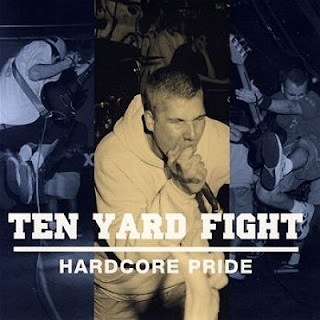 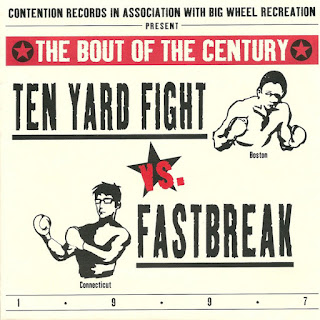 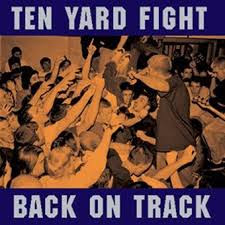 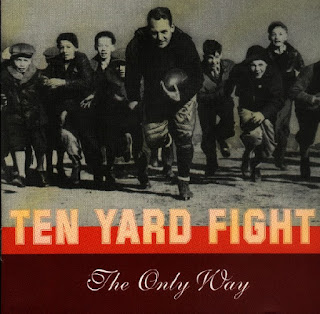 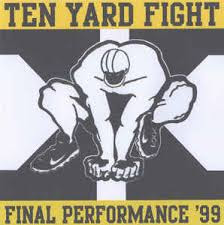 Compilation Songs
Drawing The Line
Falling Behind
Put It Aside (Youth Of Today cover)
Stand Against
Straight Edge In Your Face (Slapshot cover)
Posted by Kevin at 15:15